The debate for wired and wireless earbuds has its own share of ups and downs. For fitness activities however, going wireless will always and eventually be the better choice.

Whether you run to the Led Zeppelin album or pump iron listening to the The Friend Zone podcast, one thing is certain: having something to listen to when you head out to the track, trail, or treadmill can boost your workout much more than you can ever imagine.

That’s why a solid pair of earbuds is one of the most important workout gears you can get these days, next to a good pair of kicks. And not just any old pair will do. When it comes time to jog or bike, you don’t want a tangle of wires getting in the way. Sure, wired earbuds can be cumbersome. But, you would think wireless ones are not reliable yet for consistent use – even their batteries are yet to catch up.

Over the years, however, things have changed. While wired earbuds still dangle at its inherent woes, wireless earbuds are getting better – technology advancements will definitely prove it as the better workout choice in the long run.

Why Wireless Earbuds are Better by Default 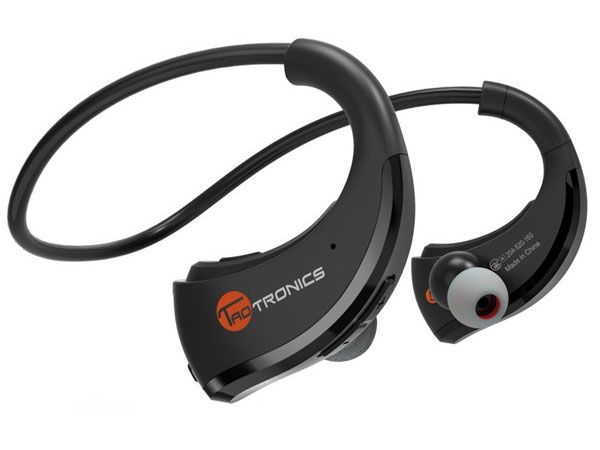 How many times have you been listening to your music with wired earbuds only to accidentally yank them out of your ears simply because they got tangled up on the treadmill handrail? Whether you’re an avid runner or a casual gym goer, not having annoying wires disrupt your workout session is the best.

The main benefit of wireless earbuds is a no-brainer: they’re cable-free and will never get in the way of your workout. Even when your phone is strapped onto your arm, a considerable length of wire will still run along a distance towards your head. Sure, the dangling and tangling wires might not be an issue for low-intensity activity, but it will eventually be, as workouts get more vigorous.

Removing the wires altogether simply erases this risk, period. No tangled wires. No chance of them getting in the way.  Absolutely no risk of any trouble occurring due to its potential hazards.

As an added bonus, we can all probably agree that this safety factor also extends to your phone itself as well (Hint: it’s not just the earbuds that drop).

If you want a more technical reason for choosing wireless earbuds over wired ones during workouts, then there is an entire advertisement’s worth of info that we can enumerate. But to better understand fundamentally, let’s jot down some of the most common complaints users may have on wireless tech in general:

Every single one of these negative points shows one very important common factor: limited implementation. In other words, the technology itself was yet to be able to take on the growing demand for its use at the time.

This is of special concern for fitness junkies, as media devices have now unofficially become the central mental engine of our workouts. Endurance type exercises, in particular, require constant whole body motion for an extended period of time. It is one of the many physical activities where wireless earbuds could exercise (pun intended) all of their strong points.

Thankfully, the steady commercial demand for device-based wireless connectivity extended to more than health and fitness pursuits. Today, the primary wireless technology standard in use for earphones is Bluetooth. Specifically, Bluetooth 4.0+, which was commercially introduced since 2011. If early Bluetooth devices simply sucked due to generally poor performance, Bluetooth 4.0+ earbuds would most likely provide a different, more robust impression. It’s just as well, then, that manufacturers are gradually ironing out the issues that have previously dogged Bluetooth cans.

The biggest barrier to wireless tech has always been Bluetooth. But, things are getting so much better. Let’s see what Bluetooth 4.0+ earbuds can now do:

Wired earbuds still sound better than Bluetooth ones in ideal circumstances, but that’s about it. The latest incarnation of Bluetooth promises CD-like performance; even higher if you’re using an Android handset and headphones that support aptX.

Does using Bluetooth earbuds ever drive you crazy with dropped connections to your phone? Not anymore. Now they’re a rare event. Just make sure you’re using a modern smartphone and earbuds; that Jawbone earpiece from 2007 is still not going to connect no matter how hard you try.

Battery isn’t (Much) of an Issue

Charging your headphones isn’t much fun. The good thing is, that batteries now last long enough (around 8 to 12 hours). Bluetooth 4.0+ is specifically optimized for low battery consumption. You should be able to find Bluetooth earbuds that has enough juice to get you through a full workout session or even a day-long playback.

Once Expensive, Not Anymore

Wired is still cheaper by the way, but Bluetooth earbuds costs are much lower than ever before. It’s no longer necessary to spend big money to get top-notch wireless audio action.

By all indications, wireless earphones are taking over the fitness world. They’re one of the fastest-growing parts of the headphone market, and stores like Best Buy are starting to heavily promote them. And they are getting better and better. Prices are coming down, too, so there are more options than ever. If you like the freedom to work out without cables hanging out of your pockets, and you love the idea of future-proofing, Bluetooth headphones are your best bet.

Finally, Bluetooth headphones are ready for the big time. With the iPhone 7 already audio-jack free and Google’s latest Pixel likely to ditch it too soon, you might not have a choice. Before you sprint to the store to look for a set of mid-range wireless earbuds, check out our TaoTronics No-Frills Bluetooth Earbuds. They are almost a quarter the price of Apple’s BeatsX (and replacing them won’t break the bank should you lose them), yet they sport many of the same features, so it’s a perfectly viable option for your next workout session!

5 Reasons You Should Take Wireless Earbuds to the Gym

Follow Me
Rebecca
Editor at TaoTronics Headphones
Rebecca Lee has a penchant for writing about all things audio-related for TaoTronics. Her editorial endeavors include testing out the latest headphones to write in-depth product reviews that benefit our readers.

Rebecca Lee has a penchant for writing about all things audio-related for TaoTronics. Her editorial endeavors include testing out the latest headphones to write in-depth product reviews that benefit our readers. View all posts by Rebecca