The big story over the past year has been the rapid subscriber growth for online TV. With Netflix, Hulu, and Amazon all in play, there’s never been a better time to kick cable to the curb.

We are living in an absolute golden age of television original programming. Ever since the advent of companies like Netflix and Hulu, we’ve seen a dramatic rise in the amount of online TV content available to binge. And their commitment to the cause is significant: Netflix plans to spend $7-8 billion dollars next year alone on original content, while Amazon and Hulu are following close behind at $4.5 billion and $2.5 billion respectively. Compare this to heavy hitter HBO, home of Game of Thrones and Westworld, which spent about $2 billion on content last year. Netflix et al.’s annual spending to create great TV like Stranger Things, Daredevil, the Man in the High Castle, Transparent, and Orange is the New Black seems to be working, too, with Netflix reporting that they have some 104 million subscribers worldwide today.

It wouldn’t be a stretch to say that the majority of these adherents of amazing streaming-only series are cord cutters – those of us who have ditched traditional cable TV in favor of online TV platforms alone. Thinking about joining this unstoppable movement? Today, we’ll show you how!

What You Need to Say Goodbye to Cable

So, you’ve heard of the Upside Down, but have never been able to watch Stranger Things? Your friends rave about Season 2, chocked full of 80s music, incredible monsters, and a never-ending set of adventures, but you’ve been left out of the conversation? Have no fear, it’s time to change your TV habits. Maybe this one’s a bit obvious, but it’s also incredibly important. Because the vast majority of new content is being hosting online through online TV platforms like Netflix and Amazon, you’ll need a strong, stable, and fast internet connection. Spend some of the money you’re saving by ending your cable subscription and upgrade your Internet. At a bare minimum, you should have speeds of at least 25Mbps. You don’t want the mystery of Eleven being ruined by a choppy stream.

One of the biggest concerns voiced from those standing on the precipice of cutting their cords (figuratively speaking) is the loss of live TV. Although you can find online streams for select news and weather channels, it just isn’t the same. Your solution is an incredibly affordable HD antenna, which picks up Over-the-Air signals from some of your favorite channels, including ABC, CBS, NBC, FOX, the CW. And best of all, it’s free!

Next, it’s time to pick a online TV service, which is the subscription-based outlet for all your new TV content. There are plenty to choose from – the most well-known being Netflix, home to a huge range of original content, movies, and cable shows. Amazon Prime Instant Video is another contender for your money, with a number of shows that have Emmy awards and nominations. Showtime and HBO, two longstanding premium cable subscriptions have online-only services as well. And of course, Hulu, which has given us the Handmaid’s Tale, the Mindy Project, 11.22.63, and much more! The choice is yours.

Okay, so you’ve signed up for Netflix, but now what? How do you get Jessica Jones to steam on your TV? It’s tremendously easy to do thanks to streaming devices. Roku, for example, organizes your HD and 4K streaming subscriptions into a beautiful, easy to use interface. Similarly, Apple TV lets you access Netflix direct from your TV while also giving you a way to rent movies and purchase live sports subscriptions. Amazon Fire TV includes Alexa voice control, so you’ll never have to hunt for the remote again. And Google Chromecast lets you send streams directly from your computer to your TV and is integrated with a huge range of third-party services. Despite picture perfect quality from most streaming providers, high impact sound remains a problem for cord cutters. Although these websites are now putting pressure on producers to mix proper sound for at-home settings, the online TV industry hasn’t quite evolved to that point just yet. To compensate, grab yourself a sound bar, a home theater accessory that will make sure everything from monsters to monster trucks sound incredible.

Take Control of Your TV!

For too long, cable providers have pushed us consumers around, filling our time and zapping our energy with commercials, terrible sitcoms, and high prices. But with the rise of streaming services, they no longer control the playing field. You can choose when and where to access amazing online TV content at a fraction of the price of a cable subscription. And by following the above five easy steps, you’ll be ready to make the plunge. Just like Offred, it’s time to join the revolution against a dystopian future of terrible TV – it’s time to become a cord cutter!

What’s your favorite streaming-only TV show? Tell us below in the comments!

Get Better Audio from Your HDTV with a Sound Bar 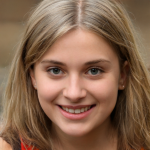 Follow Me
Natasha
Natasha at TaoTronics Soundbar
Natasha Chamberlain is an audio enthusiast writing for TaoTronics. She’s most in her element spreading the message that no TV should be without a soundbar, as they pump out powerful sound to enjoy with movies and video games.

Natasha Chamberlain is an audio enthusiast writing for TaoTronics. She’s most in her element spreading the message that no TV should be without a soundbar, as they pump out powerful sound to enjoy with movies and video games. View all posts by Natasha