Grandma may have been right about keeping a teakettle warming on the stove in winter to moisten the air.

The flu is an amazingly pervasive sickness in modern society. Each year, between 5-20% of all Americans will come down with some or all of the symptoms that mark the arrival of a flu. Between December and February, more than $10 billion USD will be spent on hospitalizations related to the disease. Yet, like clockwork, the number of cases dramatically decreases as spring rolls around. Science may have found the answer, but it’s not straightforward. And, it isn’t just because everyone is getting their flu shot or taking their multivitamins.

Why is Winter So Flu-Filled?

We humans love to theorize answers to life’s greatest mysteries. Why we have a flu season is certainly on this list of unresolved questions! There are a few theories, based on who we are, what we do, and the world around us. During the winter months, we spend far more time indoors than in the summer, attempting to escape the cold and snow. With closed windows, it means less air circulation and being in closer contact, more often, with other people. It’s the same reason why it’s more likely you’ll catch a cold from public transit or being on an airplane then when you’re outdoors – more people, small spaces.

Recent studies suggest, unsurprisingly, that open office plans are the worst offenders for spreading disease. Open offices have long been a popular workplace layout, but they also make us sick during cold season. With no barriers to stop the spread of germs, one flu infected co-worker can easily make everyone else sick.

Enclosed Space Theory is also magnified when dealing with children, who tend to have more physical relationships with their peers than we germaphobic, hand sanitizer carrying adults do. However, Dr. Jonathan McCullers, a flu researcher at St. Jude Children’s Research Hospital in Memphis begs to differ.

“We know one of the largest factors is kids in school — most of the major epidemics are traced to children. But that still does not explain wintertime. We don’t see flu in September and October.”

As for the crowding argument, Dr. McCullers said, “That never made sense.” People work all year round and crowd into buses and subways and planes no matter what the season.” But what if the answer isn’t the space we occupy, but physiological – who we are as humans. At a basic level, our bodies receive less and less vitamin D as the winter months set in, owing to shorter days.

It’s why many homes in northern communities in Russia, Canada and other countries are regularly equipped with Vitamin D lamps and light boxes. One Norwegian town even installed gigantic mirrors to reflect the sun’s rays down to its inhabitants during the winter. Less vitamin D means a weaker immune system, inhibiting your ability to fight off infection. Human genes might also be predisposed to working in different, less effective ways during the winter.

While these two theries may help address why we get sick, but many scientists were still not convinced. The answer, it seems, boils down to the laws of thermodynamics.

Cold air carries less water, and so while in the winter it might feel “wetter,” the world is actually drier. Flu and viruses love dry climates, like celebrities love Twitter. Without moisture, the germs, like a viral tweet, can spread quickly and efficiently. As we cough, the expelled germs float in the air in little droplets. When the air is wet, these droplets pick up water, grow larger and fall to the ground. But in dryer climates, those same particles aren’t being stopped by anything – they break up into smaller and smaller pieces until they can float in the air and into your mouth or nose. Water molecules also seem to be toxic to flu germs, adding yet another layer of defense.

Protect Yourself and Your Family!

In the winter, humidity plummets like a rock dropped from a mountain. As the air gets drier, your chances of catching the flu rise. Research argues that in a home with relative humidity of 23% or less, 70-77% of flu particles stay infection-ready. But by bumping your humidity up to the mid 40s, less than 15% of those same infectious germs and viruses stay alive. Running a humidifier for a mere one hour in a school has even been shown to kill nearly 30% of viruses floating in the air! It gives us a simple equation – more humidity in the winter (but not too much!) equals less chance of getting sick with the flu.

Pick yourself up an at-home, portable humidifier. There are a number of different technologies to choose from, including evaporative, steam, and impeller models, but they all do roughly the same thing: increase moisture in the air. By keeping your home, office, school, or car at a humidity level between 30-50%, you’re giving everyone a fighting chance to get through winter without getting sick. Of course, you should still get your flu shot, take plenty of vitamins, and keep good personal hygiene. But when fighting the flu, you want to use every possible defense in your arsenal!

How do you stay healthy in the winter? Tell us in the comments below! 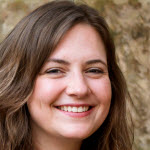 Follow Me
Amy
Editor at TaoTronics Humidifier
Amy Blandford is a writer for TaoTronics who specializes in all things humidifier, diffuser and air purifier related. When she’s not advocating the many health benefits of the soothing air courtesy of these products, she’s probably practicing yoga or caring for her many plants.

Amy Blandford is a writer for TaoTronics who specializes in all things humidifier, diffuser and air purifier related. When she’s not advocating the many health benefits of the soothing air courtesy of these products, she’s probably practicing yoga or caring for her many plants. View all posts by Amy